Even there are new services like Apple TV Plus and Disney Plus jumping in on the video streaming market, Netflix is still the king of 4K content streaming for its huge Ultra HD streaming movies and shows resources. However, streaming Netflix 4K movies becomes not that easy during since Netflix sometimes downscales resolution from HD to SD in Europe to save Internet from crashing as coronavirus ramps up at-home streaming. Does this mean that you can't streaming 4K from Netflix? No really.

The media provider gives you the best bang for your buck. For all the Netflix 4K streaming requirements, bandwidth, pricing, 4K titles, and more, read on below. Follow to watch 4K movies and TV shows on Netflix smoothly.

To watch 4K movies or TV shows on Netflix, you have to meet the following requirements.

1. The Netflix Premium plan is required for accessing Ultra HD content. Note that only HD is available for Netflix Standard subscription.

3. In terms of data and bandwidth needed to stream Netflix in 4K, a steady internet connection speed of at least 25MB per second is recommended for 4K UHD quality. 7GB per hour per device will be used to stream Ultra HD on Netflix.

4. Set the streaming quality to Auto or High.

How Much Does It Cost to Stream Netflix in Ultra HD

The Premium plan priced at $15.99 per month offers access to unlimited material in 4K UHD. Premium subscribers can watch Netflix 4K content on four screens at the same time. While Basic subscribers are restricted to SD, Standard can stream HD when available.

How to Watch 4K Movies/TV Shows on Netflix

To stream Netflix 4K on TV

Learn How to Fix Netflix Down/Not Working on TV, Computer or Devices.

To watch Netflix UHD on computers or tablets

Web browsers are limited to Google Chrome, Internet Explorer, Firefox, Opera, and Microsoft Edge. Or select the Netflix app, sign in, search 4K or Ultra HD, and pick a title to watch on your device. Netflix app supports Windows 8 or later. You can't enjoy 4K on Mac computers. Netflix only lets users stream in up to 1080p on Mac using a Safari browser.

Check How to Fix Netflix Windows 10 App Not Working Error.

To play Netflix Ultra HD on Android or iPhone iPad

If you meet Netflix 4K streaming requirements, you can directly search 4K or Ultra HD on Netflix to get 4K titles available for streaming or download. If you are browsing for titles, you should see an Ultra HD logo next to the movie or show description on Netflix.

How Can I Tell If Netflix Is Streaming 4K?

After all the things are ready, how to confirm Netflix is actually streaming in 4K? If you meet all these 4K streaming requirements, Netflix will automatically adjust the streaming resolution to Ultra HD accordingly. You can check whether there's an Ultra HD 4K tag instead of HD or SD under the movie title. Some smart UHD TVs display the resolution when hitting the INFO button on the remote.

Here's a list of most popular 4K movies and TV shows available on Netflix for streaming. The Crown is the best TV series (drama) winner at 2021 Golden Globes, Mank wins a leading six film nominations at the awards. The Crown and Mank are now available to watch in 4K on Netlfix. We'll keep updating the list of top Netflix 4K movies and shows. Also check more top Ultra HD movies on Netflix.

Troubleshoot Netflix Not Streaming in 4K

Many users get trouble in streaming 4K titles on Netflix. Common issues are not seeing 4K content, distorted 4K image, and material not playing in Ultra HD. If you are in the same boat, check the following possible fixes.

What to Do If You Don't See 4K Ultra HD Titles

Why Is WinX HD Video Converter Deluxe Your Choice? See What Tech Websites and Customers Say about Us

"Freeware favorite HandBrake can handle some video formats, but it's a bit out-of-date, and nowhere near as comprehensive as a utility like WinX HD Video Converter Deluxe."

How to Watch 4K Netflix on Mac Ventura or Earlier

Netflix App Not Compatible with Old iPad, What to Do?

Check the list of Netflix compatible iPad models list and find ways to stream Netflix on your iPads.

This article will provide fixes for Netflix proxy error 'You seem to be using an unblocker or proxy', including: disable VPN, modify VPN, change DNS settings, etc.

Netflix subtitles not working/missing/not showing up issue can appear on Apple TV, smart TV, Xbox One, Firestick, Roku, PS4, and all other devices. 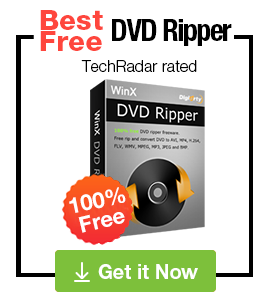