Microsoft boldly announced that Windows 10 is the best operating system ever for remarkable new features and improvements which usher in a new stage of performance. Maybe you have heard something about what's new in Windows 10 from tech-savvies around you. But, if you are an entire fresh, we would like to tell you the most noteworthy Windows 10 features.

Cortana: As an integrated virtual voice assistant similar to Siri for Apple, Cortana is a new coming Windows 10 feature for helping get things done. It can perform simple searches on Windows 10 desktop, and even send and dictate emails, control music, and launch apps and surface much richer information on Windows Phone. It is one of the most important services for the rapid development of Microsoft.
>> Cortana Not Working/Can't Speak/Listen Errors

Microsoft Edge: Coming together with "old" Internet Explorer 11 in Windows 10, Microsoft Edge is the brand-new built-in browser expected to replace Internet Explorer. Optimizations have been made for better mobile internet experience, including simplified web outlay, enhanced reading pattern, subscription list and offline function. Combined with Cortana, the new Microsoft Edge is more convenient for searching and web surfing. The same as Firefox and Chrome, it will support extensions, and will be built using Microsoft's Chakra JavaScript engine and Trident rendering engine.
>> Can Microsoft Edge Play DVD and Flash Videos?

App Store: Microsoft claims that The Store in Windows 10 will be a one-stop shop for a good deal of apps including games, music, videos, and a new version of Office. In addition, it enables users to download and watch movies on Windows 10 store.

HoloLens: HoloLens is an official headset with see-through lenses that merges digital content, such as video audio files, with the physical. The head-mounted display is another surprised new feature of Windows 10 that will help users get benefit from the Holographic technologies in the aspects of amusement, life and business. It will enable 3D imaging and hologram projection for Windows 10 apps and will also help software developer design new utilities based on this. In a word, Holographic lets Windows 10 more close to future. Windows Holographic is an augmented reality computing platform to be introduced in Windows 10 with Windows Holographic APIs enabled in Windows 10 for phones and small tablets, and readily implemented on any Windows universal app, across a wide range of Windows 10 devices.
>> Free Donwload 3D Videos on Windows 10

USB Support: USB Dual Role and Type-C are introduced into Windows 10 such that new wired connectivity scenarios are enabled. Therefore, a phone can be interacted with USB peripherals, or a laptop can be connected to an external display with the assistance of USB Type-C connector. And some concerned topics are in hot discussion, like what scenarios are and aren't supported for Dual Role devices, what devices support USB Type-C, how to rip and convert DVD movies to USB Type-C and more.
>> USB Type-C vs. USB 3.1 vs. Thunderbolt

Windows 10 for Phone: The codename of Windows 10 for mobile devices, succeeding Windows Phone 8.1, is called Threshold. This mobile operating system is now available for users of Lumia 630, 635, 636, 638, 730 and 830, with full-size background image for start, More Quick Actions in Action Center, Interactive Notifications, Significantly enhanced speech-to-text capability and more powerful Photos app. More importantly, the familiar Start menu returns, with one-click access to frequently used apps and functions and personalized design. Most people expect greater enhancement in the entertainment part. For someone who wants to enjoy music or movies on Windows 10 for phone, it's better to learn Windows 10 for Phone file formats and get compatible videos/videos or a Windows 10 for phone video converter for playback videos/movies/music with no problems.

This is a video review of Windows 10 Cortana, presenting how to find/launch Cortana on your Windows 10 PC, how to change settings, specific things Cortana can do, etc. 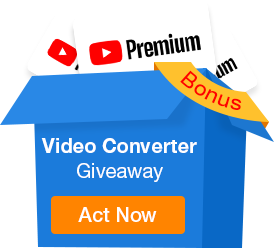