Blu-ray to MKV: How to Rip and Shrink BD to MKV 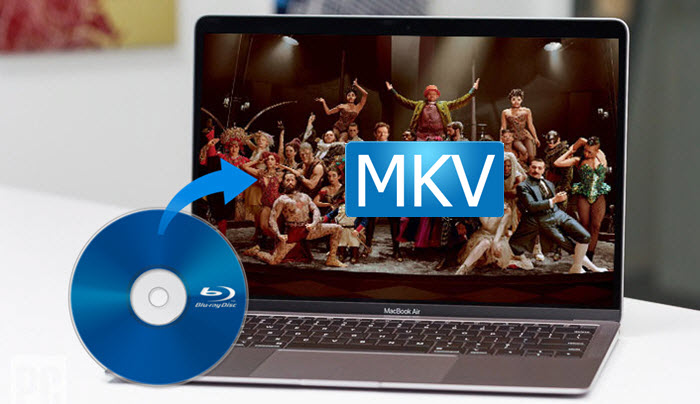 You might pay $79.99 for a Platinum Edition Blu-ray Movie, but do you get 100% copyright for it? Maybe not! Since the aim of your purchase is just owing the fully use of Blu-ray movie, rather than simply holding a Blu-ray Disc, and sticking to your Blu-ray Player or PS3 at home to watch it. And the bad news comes, you are disabled to backup Blu-ray movies due to the BD Security Guard - Blu Ray Disc Content Protection Technology. Then all Blu-ray consumers may ask: why I paid for my Blu ray movie, but finally have no right to watch it whenever and wherever I please?

Above Blu-ray protections are only part of the methods that prevent you from playing and watching Blu ray movies at will. That is why so many Blu-ray disc owners desire one day BDAV M2TS video (used by Blu-ray Disc) can be similiar to MKV, an open source video format endowed with same High-def image quality, surrounding sound, multilingual, chapter points as well as menu navigation. Meanwhile, after you walking through these sophisticated BD protections, you can effortlessly make backup for your movies. With almost Zero-quality loss, ripping Blu-ray to MKV (converting blu-ray m2ts video to mkv) is the best choice.

MKV - Matroska is an English word derived from the Russian word matryoshka, which means nesting doll (the common Russian cylindrical-shaped doll within a doll, also known as a babushka doll). This is a play on the container (media within a form of media/doll within a doll) aspect of the matryoshka as it is a container for visual and audio data.

It is Welfare to Rip Blu-ray to MKV format!

The Image Constrain Token (ICT) will downgrade the HD video signal. The ROM-Mark is another physical layer technology to prevent stamping of unauthorized titles by professional pirates. It includes special invisible data on a BD-ROM disc.

At this time, you need powerful Blu-ray decrypting software to defeat these upcoming BD protections, such as WinX Blu-ray Decrypter.

Backup Blu-ray in MKV format, keeping High Quality and all BD features - by ripping Blu-ray to MKV video, on one hand, you preserve the entire video/audio/subtitle tracks into one single MKV container video. On the other hand, it is more convenience for you to archive you videos (contained in one file is better than hold in multi folders). After backup your Blu ray to MKV video file, you can avoid BD physical damage or loss.

Compress Blu-ray video to save space, but no compromise to quality loss - MKV video supports many more advanced features that modern audio and video compression formats will offer, such as Variable Bitrate audio encoding (VBR), and Variable Framerate video (VFR) encoding. It enables you to convrt Blu-ray to MKV while achieving as high as 80% compression. Moreover, the A/V data stored on BD will degrade to minimum level, which output MKV picture quality is imperceptible to your eyes.


Play BD movie on all media playback platform - After ripping and converting Blu-ray to MKV video, you do not need to stick with your Blu-ray player or TVs. Your Windows, Mac OS media player, iPhone, iPad and Android devices can be possible to play MKV video (learn how to convert MKV to iPad Pro, ipod, iPhone, etc.). This advantage is brought by MKV video free and open source, which means wild open to both users and software devs.

1About Blu-ray and MKV

2It is Welfare to Rip Blu-ray to MKV