Is MovieBox App Still Available to Download on iOS 13 etc.? 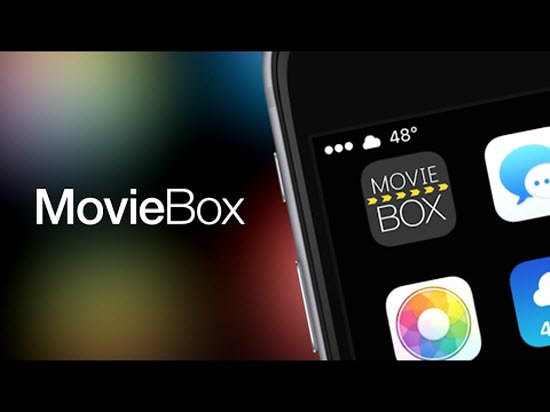 MovieBox suffered a stop in the late November 2018. Rumors suggested that it was a final death of MovieBox for iOS but the closure was not yet confirmed. ShowBox, the Android counterpart of MovieBox which also experienced outage for days, was reported working again on December 5. Users supposed that MovieBox will come back soon but not working issue still exists till now.

In despite of the bad news, MovieBox is actually one of the best applications to free watch and stream movies/TV shows. It is beloved for the continuously updated database collecting a mass of resources. Therefore, some people still try to download MovieBox and wait for the day it comes back.

Some of you may take MovieBox as an inaccessible app due to not working report and seek for an alternative. Actually, it is still available to download. There are several ways for MovieBox download for iOS. Here, we will list the 2 most common ways to download and install MovieBox on your iPhone or iPad.

Way 1. Download MovieBox on iPhone/iPad with 3rd-party Applications
There are lots of third-party stores which collect a wide range of apps unavailable on App Store. Without jailbreak, you can download and install MovieBox on iOS through those stores.

Step 1. Open Safari and visit tweakbox.com
Step 2. Click "Install Now" button.
Step 3. Click "Allow" when the message prompts asking to open Settings.
Step 4. You'll be redirected the Install Profile page. Tap "Install". And then, enter the passcode to proceed.
Step 5. Tap "Install" and then "Done".
Step 6. Open Tweakbox on your iPhone or iPad.
Step 7. Tap on "Apps" and search MovieBox.
Step 8. Tap on MovieBox and click "Install" button.
Step 9. After MovieBox is installed, you need to trust the certificate to use it normally. Open Settings > General > Profiles & Device Management. Find out the developer profile of MovieBox and open. Tap "Trust" and "Trust" again to confirm. 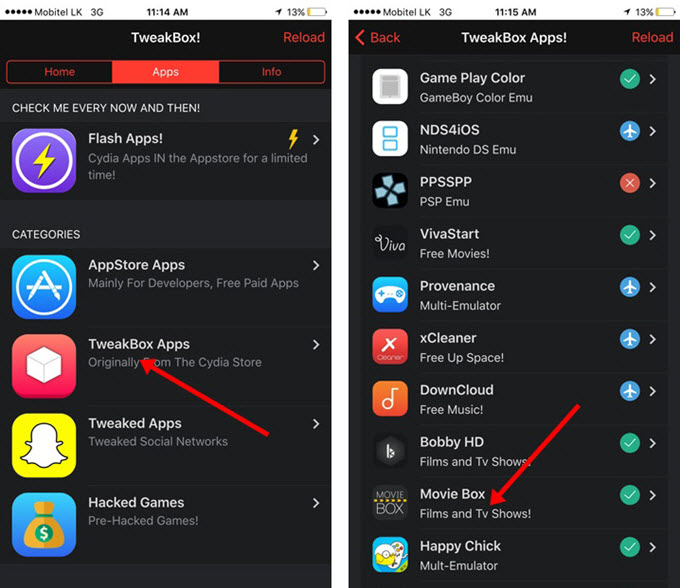 Step 1. Download TutuApp on your iOS device.
Open Safari to visit tutuapp.vip. Tap "Install Now" button on the page. Tap "Install" on the pop-up. Soon, you can get TutuApp on your home screen. Next, you should trust the developer. Open Settings > General > Profiles & Device Management. Tap on the profile of TutuApp and press "Trust". Tap "Trust" one more time on the pop-up. Now, launch TutuApp.

Step 2. Install MovieBox on iOS.
Search "MovieBox" in TutuApp. Tap "Get" button to download MovieBox. Next, tap "Install" on the prompt that comes up. Soon, you can get MovieBox on Home Screen of your iPhone or iPad. 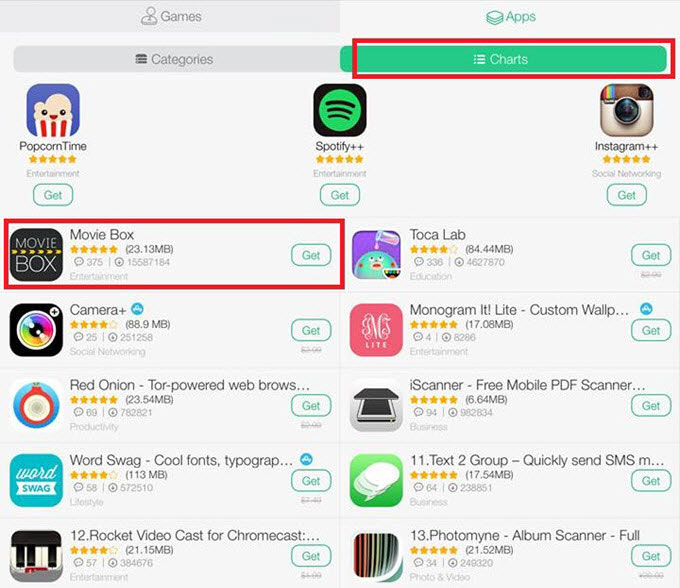 Unlike directly downloading MovieBox app on iOS, this method requires you to get MovieBox IPA file on computer and then side-load to your device. Before that, you should have a tool which enables you to install MovieBox IPA files for iOS. Cydia Impactor is one of the best that kind tools available for Windows, Mac and Linux.

• At first, visit cydiaimpactor.com on your computer and download the latest version based on your operation system. Please note that you should have iTunes installed.
• Download the latest version of MovieBox IPA file on computer.
• Connect your iPhone/iPad with computer.
• Open Cydia Impactor which will recognize your device automatically. And then drag and drop the IPA file into it.
• Enter Apple ID and password to continue MovieBox app download and installation on iOS.
• Trust the certificate by going to Settings > General > Device Management.
• Now, you can free watch and stream movies with MovieBox on your iOS device.

It guides where and how to download Movie Box app for Android and recommends the best Movie Box Android alternative for free watching movies/TV shows on Android.

Part 1MovieBox Is Still Available to Download on iOS 12/11 etc.