Dolby TrueHD is an advanced lossless multi-channel audio codec developed by Dolby Laboratories which is intended primarily for high-definition home-entertainment equipment such as Blu-ray Disc and HD DVD. It is the successor to the AC-3 Dolby Digital surround sound codec which was used as the audio standard for DVD discs. In this application, Dolby TrueHD competes with DTS-HD Master Audio, another lossless codec from DTS.

Dolby TrueHD uses Meridian Lossless Packing (MLP) as its mathematical basis for compressing audio samples. MLP was used on the earlier DVD-Audio format, but details of Dolby TrueHD and DVD-Audio differ substantially. A Dolby TrueHD bitstream can carry up to 14 discrete sound channels. Sample depths up to 24 bits/sample and audio sample rates up to 192 kHz are supported. Like the more common legacy codec Dolby Digital, Dolby TrueHD bitstreams carry program metadata. Metadata is separate from the coding format and compressed audio samples, but stores relevant information about the audio waveform. For example, dialog normalization and Dynamic range compression are controlled by metadata embedded in the TrueHD bitstream. TrueHD is a variable bit-rate codec.

In the Blu-ray specification, Dolby TrueHD is an optional codec. Dolby TrueHD audiotracks may carry up to 24 bit audio in up to 8 discrete audio channels at 96 kHz or up to 6 channels (5.1 surround) at 192 kHz. The maximum encoded bitrate is 18 Mbit/s (the same as the uncompressed rate). Since TrueHD is an optional codec, a separate (primary) AC-3 audiotrack must be present on Blu-ray discs that contain a TrueHD track. 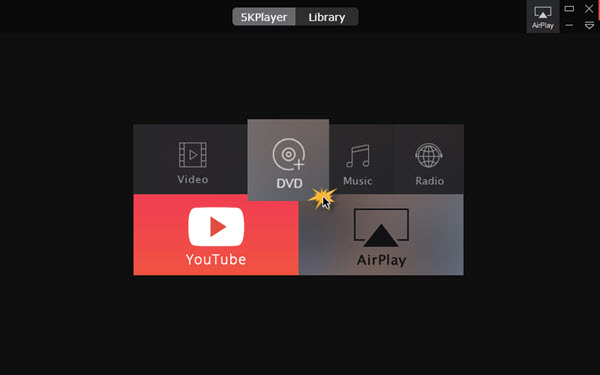 Wish to copy DVD to a file containing only original audio? WinX DVD Copy Pro has a special function to allow you to extract audio only from DVD.

Top 5 DVD audio rippers listed here with reviews. You can choose one of the best to rip audio (MP3, AAC, AC3) from DVD on Windows (10) PC or Mac with ease.

Part 1What is TrueHD?