Soon after Windows 8 release date, October 26, there are many reviews about Windows 8 features, functions, user experience and prospect.

However, while being affirmed by the majority of insiders and users, Windows explorer 8 is battered by criticism. Besides the nonsupport of DVD playing on Windows 8, many doubt about the simultaneous two versions, some feel that the mashup of Metro and traditional UI bring much inconvenience, and a few others worry about the hardware incompatibility. Anyhow, high awareness may substantially proportional attentions and oppositions.

Windows 8 contains big changes, which are concluded generally as follows: ("Metro" has been renamed to "Microsoft design style", but uniformly referred to as "Metro" hereafter.)

* Support X86 and ARM architecture at the same time, divided into Windows 8 version for PC and Windows RT (Runtime) version for device;
* Cancel the dated "Start" button and introduce a shocking mobile touch Metro UI with sexy blue screen and scrolling tiles;
* Add Windows App Store, similar to Apple App Store and Google Play, making it more convenient to download and install apps;
* Provided with diversified Metrolish Clients, such as Email, Map, Search, Weather, Social Media, games and so on;
* Built in with IE 10, having Metro touch UI and traditional UI in different patterns;
* Obtain various online and local services with Microsoft account, along with SkyDrive cloud storage service;
* Use a more intuitional Ribbon interface on resource manager and a reborn task manager;
* Change the desktop UI to be more simple and practical, without the classical Aero Glass effect of Windows 7 nevertheless;
* Integrate virtual drive/hard disk to mount ISO and VHD files directly;
* Have native support for USB 3.0 standard with built-in "Windows Reader" to read PDF;
* Enable less memory consumption and faster starting speed;
* Improve the safety of system by adding Windows Defender for anti-malware purpose;
* Remove Media Center that charges for downloading, exclude the support for DVD playing, so a third-party software (such as a DVD player software or a DVD ripping software) is needed for that function.

Potential Concerns from Some Windows 8 Reviews

Some reviewers deem that microsoft placed too many bets on Metro, holding that it would change the users' habits and ways of using the operation system radically. But if it is so, Metro will then become the substitute of "Desktop Shortcuts", the one that is solely approved and shared by Microsoft. The varied Kernel mechanism may cause a lot of incompatibilities like Vista did.

Some have presented the statement like "Windows 8 is the name combining two completely irrelevant things, Metro and Windows 7", meaning that Windows Store just divides Windows 8 into two world, i.e., Metro and Non-metro. There are some viewpoints potential exchanges and crises are faced by Microsoft. Although the traditional Windows style has been retained in Windows 8, the great many reformations are probably too thorough to be recognized and adapted by old Windows users.

In conclusion, the Windows 8 performance has been greatly enhanced without taking much space. It is admitted that the brand-new UI and functions, and the overlapping task manager and system are more facilitating. It is the most risky action made by Microsoft that makes the reimagination and rebirth of Windows Operation System and the brand of Microsoft. 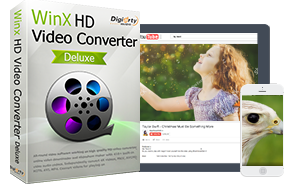