The Moving Picture Experts Group (MPEG) is a working group of experts that was formed by ISO and IEC to set standards for audio and video compression and transmission. MPEG algorithms compress data to form small bits that can be easily transmitted and then decompressed. MPEG achieves its high compression rate by storing only the changes from one frame to another, instead of each entire frame. The video information is then encoded using a technique called Discrete Cosine Transform (DCT). MPEG uses lossy compression for some data is removed. But the diminishment of data is generally imperceptible to the human eye.

What Is MPEG1 and MPEG2?

MPEG1 is a standard for lossy compression of video and audio. It is designed to compress VHS-quality raw digital video and CD audio down to 1.5 Mbit/s (26:1 and 6:1 compression ratios respectively) without excessive quality loss, making video CDs, digital cable/satellite TV and digital audio broadcasting (DAB) possible.

MPEG2 is widely used as the format of digital television signals that are broadcast by terrestrial, cable, and direct broadcast satellite TV systems. It also specifies the format of movies and other programs that are distributed on DVD and similar discs. As such, TV stations, TV receivers, DVD players, and other equipment are often designed to this standard.

MPEG2 was the second of several standards developed by the Moving Pictures Expert Group (MPEG) and is an international standard. Parts 1 and 2 of MPEG2 were developed in a joint collaborative team with ITU-T, and they have a respective catalog number in the ITU-T Recommendation Series.

What's the Difference between MPEG1 and MPEG2?

What's the Difference between MPEG2 and VOB File?

A VOB file is not a video file per se. It is a container file that adds extra information to the MPEG2 files within the container. The reason for this is part of the DVD standard. If you look at the files within a DVD you will also find ifo and bup files.

The ifo files (InFOrmation) and bup (BackUP) tell the device reading the DVD where everything is, where to find it and what the device should do. Part of these instructions involve the data of the VOB files hence the file offset data and the time code data.

"MPEG2 files are just video. Most editing software, when you import from either the DVD or VOB files you have, read through the vob file and simply extract the underlying MPEG2s. This function is described variously in many editing programs but it is usually something like 'Import from DVD.'" - by Lancecarr from www.videoforums.co.uk

MPEG was established in 1988 and its first meeting was in May 1988 in Ottawa, Canada. As of late 2005, MPEG has grown to include approximately 350 members per meeting from various industries, universities, and research institutions. MPEG's official designation is ISO/IEC JTC1/SC29 WG11 - Coding of moving pictures and audio (ISO/IEC Joint Technical Committee 1, Subcommittee 29, Working Group 11). 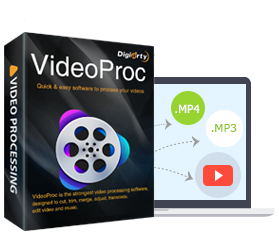 For PC and Mac only. Mobile user Click here.

By copying DVD to mono-track MPEG2, you can make complete DVD movie content with selected sound track and subtitle at fastest speed.

Home > Resource > What Is MPEG

Part 1What is MPEG1 and MPEG2?

MPEG vs VOB, Difference Between MPEG and VOB File

Free Convert MPEG to MP4 that is More Widely Accepted