What is MPEG-4 Format

MPEG-4 is one of the latest (audio and video) compression method standardized by MPEG group, designed especially for low-bandwidth (less than 1.5MBit/sec bitrate) video/audio encoding purposes. Probably the best-known MPEG-4 video encoders are called DivX and XviD, which both are nowadays fully standard-compliant MPEG-4 encoders.

It should be noted that unlike MPEG-1 and MPEG-2, the MPEG-4's predecessors, MPEG-4 itself isn't just one unified encoding mechanism, but rather a group name for several flavors of video and audio encoding methods that share certain same characteristics. These "flavors" are often referred either as "profiles" or "layers" in MPEG-4 compression scheme and each new profile should be backwards compliant to the older, "lower" versions of MPEG-4 in terms of playback capability. MPEG-4 group has standardized several new layers - most important ones are h263+(which is used widely in mobile phones, named as 3GP) and h.264 (often also called as AVC).

MPEG-4 enables different software and hardware developers to create multimedia objects possessing better abilities of adaptability and flexibility to improve the quality of such services and technologies as digital television, animation graphics, the World Wide Web and their extensions.

The MPEG-4 format can perform various functions, among which might be the following: Multiplexes and synchronizes data, associated with media objects, in such a way that they can be efficiently transported further via network channels. 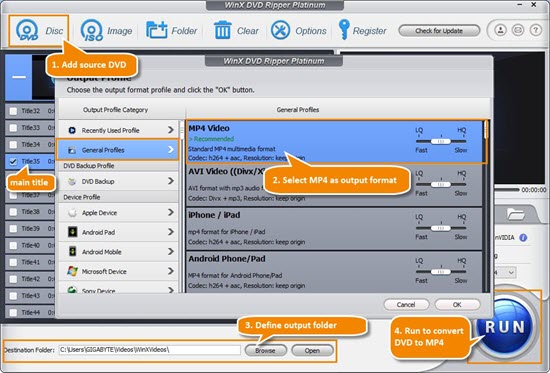 This tutorial introduces you a professional MPEG to MP4 video converter to help you convert MPEG to MP4 format with only several clicks for playing MPEG on iPhone iPad.

What Is H.266 VVC - the Advantages and Disadvantages