Tracing back to early 1980s, VHS dogfought with Betamax to win the leading video format at that time. Then in wade of next three decades, video format war never subside for a little while.

Latest example is Blu-ray and HD DVD. In 2006, Blu-ray struggling edged out HD DVD and became the only choice of High Definition video format. Then HD DVD stop to produce and Blu-ray own its day. As the new comer of Multimedia World, there still are lots of people lack of confidence in this technology.

3D movie titles in retail stores are not rarely seen like a few years ago any more (Learn to create digital backup of Blu-ray to MKV). Having a 3D TV, 3D Blu-ray player ( e.g PS3) and 3D glassed, watching 3D effect at home is as easy as ABC.

Luckily, you can also download 3D movie videos online for native playback, for example watching 3D movie on PC/laptop. One of the reason that leads Blu-ray superior is its immense storage. However, due to 3D visual effect is the combination of two video angels together, the data used for 3D Blu-ray may twice then 2D. Then 50G size of memory apparetly not enough anymore. This is the deadend for HD DVD, now it may also for Blu-ray.

Since its introduction, 2D Blu-ray has also been challenged by Internet-based services that offer movie downloads and streaming, and there are many who remain skeptical about whether a new packaged media format is needed or can even survive in today's connected world. Others believe 3D could become the defining feature of the Blu-ray format (Learn how to play Netflix Blu-ray on computer) 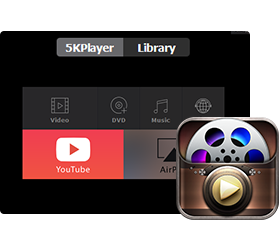 Have you ever imagine watch Bluray DVD movie on the Apple TV? This article will guide you the best approach to Convert Blu-ray to Apple TV/2/3/4.